Kitchen chimneys are one of the most used kitchen appliances because it helps to remove the smoke and bad odors from the kitchen it can maintain the hygiene of the kitchen.

So you can say that a kitchen chimney is a kind of kitchen cleaner. Because it removes the dirt from the entire kitchen, then the layer of dirt settles on it too, but it is very difficult to clean and also time-consuming.

But the newly invented auto clean game-changing technology makes it more convenient to use and enhances the chimney’s efficiency. And in this article, you are going to know about auto clean technology in detail.

And also make a difference between the auto-clean chimney and a normal chimney with their advantages and disadvantages.

So without any further delay let’s get straight into it.

What is an auto-clean chimney? How does auto clean kitchen chimney work?

A chimney is a kitchen appliance that can blow out all the smoke and oil particles from the kitchen while cooking to keep the kitchen clean and odor-free. But during the time of suction the smoke and oil particles are trapped on the filter, blower, and on the surface of the chimney, and it requires much effort and time to clean the kitchen chimney manually. Then this advanced auto clean technology comes into play which helps to clean the chimney automatically.

Basically, an auto-clean chimney cleans by using heat. When we turn on the auto-clean feature the whole chimney gets hot, especially near the blower wall and blower itself. because the blower draws all the smoke and oil particles towards itself and some particles stick to the wall and the blower, and when the heating operation is done, then all adhesive particles are collected in a special container called an oil collector.

So when the whole auto-clean process is done then you just need to remove this oil collector and clean it properly with the help of any detergent. So now you must have known that an auto-clean chimney requires almost zero maintenance.

Advantages of an Auto Clean Chimney

The first and foremost advantage is auto clean improves the performance of the chimney so let’s see how. So if I take an example of traditional chimneys then they are not equipped with an auto-clean feature that’s why the oil particles get trapped on the filter, and also on the blower and cause clogging in less time. And it can decrease the performance of the chimney.

But because the auto-clean chimneys have an auto-clean feature which reduces the chances of clogging and also helps to improve the chimney performance.

2. Suction Capacity is much higher than auto clean technology

So when the blower sucks the smoke and oil particles some particles stick to the surface of the blower and chimney and because there is no auto clean technology available those particles can clog the chimney very quickly and slow down the performance that’s why In traditional chimneys, a motor with a lower suction capacity was used to slow down the clogging process.

But this is not the case with the latest chimneys equipped with auto-clean technology because this technology helps clean the chimney frequently. So there is no problem with clogging. And that’s why these chimneys are equipped with powerful motors which can deliver high suction capacity.

3. Good for all types of kitchen

As we discuss the above factor, traditional chimneys have a low suction capacity to slow down the clogging process.

But auto clean chimneys come with a high suction capacity of the motor, that’s why auto-clean chimneys are much more efficient for large kitchens.

But when it comes to old chimney models which are not equipped with auto clean technology then these chimneys need manual cleaning which not only requires much time but it also requires much effort to complete the tasks.

So the conclusion is that the latest chimneys which come with auto clean features are much more efficient than a normal auto-clean chimney.

5. Much efficient than normal chimneys

Auto clean technology helps reduce the process of clogging, which improves the chimney’s performance and extends its lifespan.

But when it comes to traditional old chimneys, they did not have any auto-clean technology and that’s why clogging happens very often which degrades the performance and also shortens the lifespan of the chimney.

Disadvantages of an Auto Clean Chimney

No matter how good something is, there are also bad things in it. So the auto clean technology has also one disadvantage over normal chimneys.

1. Expensive and Not Cost-Effective

And also normal chimneys are equipped with a motor that is not as powerful as auto clean technology so they consume less electricity as compared to an auto clean chimney’s motor.

Types of Auto Clean Chimneys According To Filter

So according to the filter, there are two types of chimneys available in the market:-

These chimneys come with a filterless design so there is no need for filters anymore. That’s why they require almost no maintenance but these also are not capable of handling heavy frying and grilling operations.

If you want to know in detail about the difference between these then read this: Baffle Filter vs Filterless Chimney

Difference between an auto-clean chimney and a normal chimney

Here we have also prepared a comparison table for better understanding.

FAQs: What is auto-clean technology in chimney

Is an auto-clean chimney better?

Auto clean on the chimney helps to clean the chimney automatically and reduces clogging and also helps to improve the performance of the chimney. But because auto clean is one of the latest features that’s why the price is a bit higher.
But seeing the benefits we get from it, we can say that auto-clean chimneys are much better than normal chimneys.

How does an auto-clean chimney work?

Auto clean is a technology that helps to clean the chimney automatically. So when we press the auto clean button the entire chimney gets heated especially near the blower due to which the sticking oil and other particles melt and get deposited on the oil collector.

The whole auto-clean process takes 10 to 15 minutes. And after the process is done you just have to remove the oil collector and clean it.

What is the difference between an auto clean and a normal chimney?

How often do you need to clean your chimney?

Conclusion: How Auto Clean Technology Works in a Chimney

In This article, we have provided a detailed guide regarding: What is Auto Clean Chimney?

So if you have any doubt regarding this guide then let me know in the comment box.

So if now also you are confused and you are not able to understand what is auto-clean technology in a chimney then I will tell you once again that.

Auto clean is a technology that helps to clean the chimney automatically with the help of heat. So it reduces the cleaning process of the chimney.

By the way, thanks for visiting. 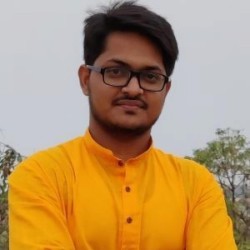 Hi. This is Subhadip. I am an Engineer, Blogger, and Content Writer who love to share experiences and learnings with the readers. I have been researching different appliances for more than 2 years to get an easy and advanced home and kitchen. And while researching I got, it’s not easy to find the best home and kitchen appliances.

9 thoughts on “What is Auto Clean Chimney? Advantages and Disadvantages.”

Besthomecorner.com participates in the Amazon Associates Program, an affiliate advertising program designed to provide a means for sites to earn commissions by linking to Amazon. This means that whenever you buy a product on Amazon from a link on here, we get a small percentage of its price.